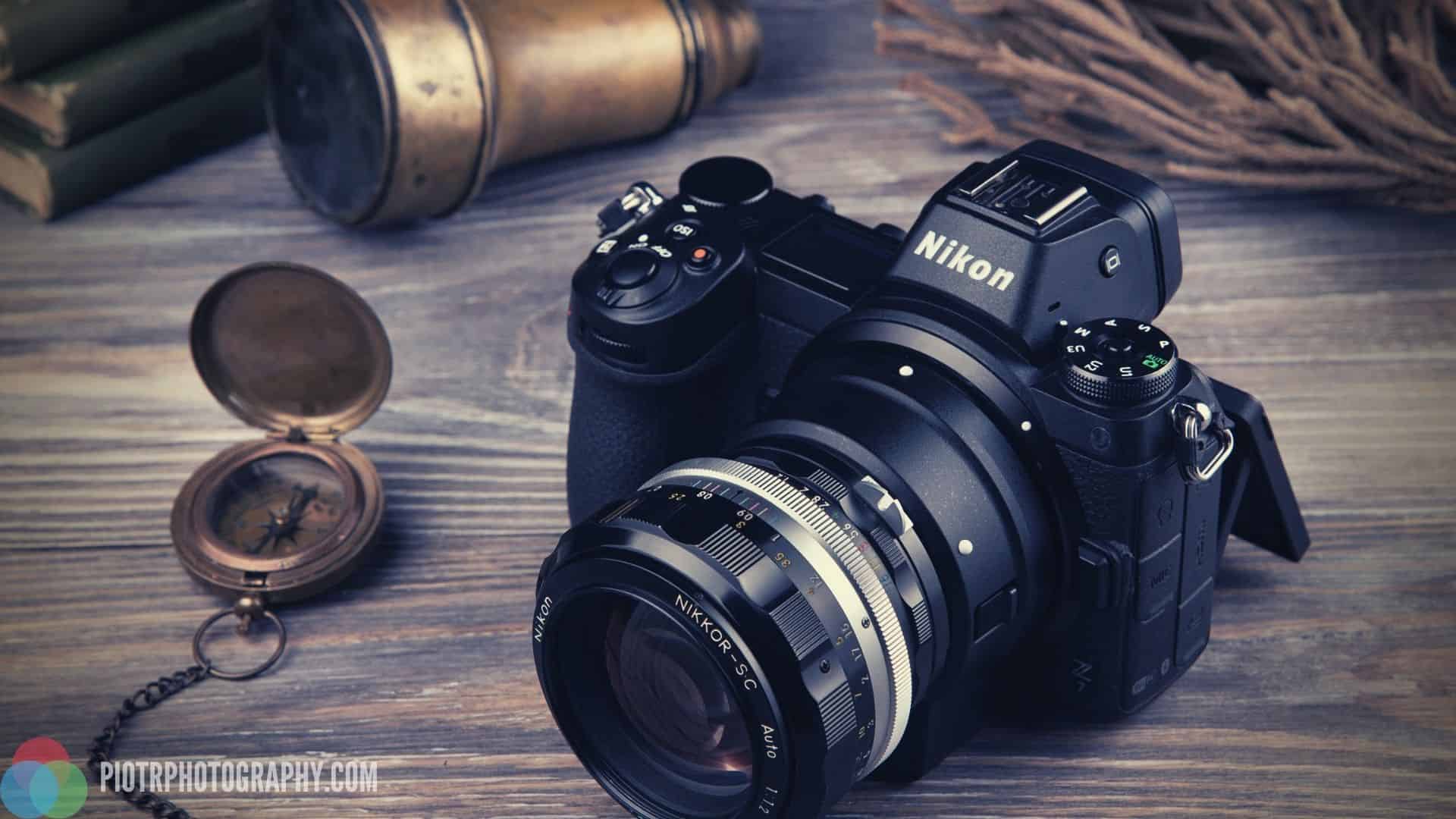 The history of photography and the evolution of photographic equipment goes back almost 200 years. During this time, many interesting creative tools were released, some of which can still be used today. I am writing primarily about lenses. It is the lens that forms the image on the sensor of a digital camera. And the way the photo will turn out largely depends on its properties.

Photographers appreciate the artistic and subjective characteristics of lenses such as drawing, bokeh (the beauty of blurring the background), conveying a sense of volume in the photo. This is why many photographers are interested in unusual, including legacy, lenses.

In addition, they are often used in an effort to save money. Some lenses, for example, Japanese-, or Soviet-made, can be purchased very inexpensively, the only question is how to use them on modern cameras.

When preparing the material, we used a Nikkor S. C. 55mm F1.2 lens mounted on a Nikon Z 7 camera via an FTZ adapter. This is a 1970s lens. A characteristic feature is a very “soft” picture at an open aperture, practically free of chromatic aberrations. This is useful, for example, when shooting portraits.

The good thing about the Nikon F SLR mount is that it has been around for over 50 years. And all lenses with such a mount will be at least mechanically compatible with modern cameras (or, in the case of very old and rare models, a minimal mechanical modification will be required). Such lenses can be installed on modern Nikon DSLRs and removed without any adapters.

The only thing missing is the autofocus. You will have to master the art of manual focusing to perfection. There’s also an FTZ adapter to use Nikon F lenses on the new Nikon Z mirrorless cameras. It supports all lens functions on newer cameras.

On Nikon Z cameras, exposure metering will work correctly with any lens: native, non-native, installed through any adapter. The only thing that won’t be available with manual lenses is the fully automatic shooting mode. The camera will not be able to control focus and, in most cases, lens aperture.

If you are using Nikkor lenses labeled Ai and Ai-S, you can set their parameters in the “Lens data without CPU” menu item. This will allow you to control the aperture directly from the camera, and at the same time see the correct values ​​in the properties of the photo. If your Nikkor lens is even earlier, then even after writing these values, you will not be able to control the aperture from the camera. But you will be able to see information about the lens that was used in the EXIF. Additionally, specifying the exact parameters of the lens in this menu is also important for the correct operation of stabilization in the camera.

The camera can store up to 9 lenses. The thing is, when changing them, do not forget to change the corresponding parameters in this menu!

If your Nikon F mount lens is labeled AF-S, AF-P, AF-D, AF, AF-i, PC-E, Ai-P (these are optics with all the necessary electronics), then you do not need to go into the “Lens data without CPU” menu at all – the camera and the lens will “shake hands” on their own. And with the AF-S and AF-P models (these are modern optics with Nikon F mount), when installed via the FTZ adapter, the autofocus on these lenses are equipped will also work. The official Nikon website provides a PDF brochure with full information on FTZ compatibility with various lens models. It also shows where all the necessary markings are located on the lens.

If you have a lens with a different mount, say, from an old rangefinder camera, then you will most likely not be able to install it on a DSLR due to the large focal length of the mirror mount. It just won’t focus at the right distances. There are, of course, adapters with corrective lenses, but real connoisseurs avoid them: an extra lens spoils the image quality and distorts the unique pattern of the optics. DSLRs today are not the best choice for working with old, exotic, and non-autofocus optics. Mirrorless systems give you so much more options! Let’s take a look at the Nikon Z mount mirrorless cameras as an example.

The new bayonet has a record-breaking short flange distance of just 16 mm. At the same time, the diameter of the bayonet is large – 55 mm. These characteristics open up possibilities for creating new, sharp, and fast lenses.

But there’s something else that’s important here. Thanks to the dimensions of the bayonet, adapters can be made for any other existing mounts, because their flange is larger. Rangefinder optics, optics from any DSLRs, all these can be adapted to Nikon Z.

There are already many adapters from third-party manufacturers for completely different mounts, from Leica M to Contax / Yashica or M42 threads. And some models even provide electronic communication with the camera and autofocus! There is, for example, an autofocus adapter for Canon EF and Sony E optics. In a word, absolutely any lens can be adapted to Nikon Z.

Of course, older lenses may not have built-in OIS. And image blur on modern devices with a high sensor resolution is a serious problem. More details in the images: even the smallest blur is more noticeable.

This is why it’s critical that Nikon Z 6 and Nikon Z 7 cameras implement image stabilization directly on the camera sensor. Thus, lenses that have never had stabilization themselves receive stabilization. Even an old Canon FD lens from the 80s will be able to work at relatively long exposures and get sharp shots!

Mirrorless cameras, unlike DSLR cameras, allow you to focus manually comfortably. The optical viewfinder of a DSLR is not suitable for manual focusing. There were no Split-Image Rangefinders or micro-rasters in the viewfinders of older cameras to aid in manual focusing. Therefore, when focusing manually through the viewfinder, most photographers get a lot of focus defects. The most rational option for DSLRs is to shoot in Live View with zoom, but using the screen is not always convenient. For example, during the day on the street, the screen may glare. Plus, DSLRs in LiveView mode quickly consume battery.

The good thing about mirrorless cameras is that their screen and viewfinder work similarly. This means that you can enlarge the picture without taking a picture, and right in the process of focusing, check its accuracy on the desired fragment of the frame.

By the way, the function of enlarging the image when it is sighting and focusing on the focus can be assigned to any convenient function button. That’s what I did: now the picture is enlarged not only by pressing the magnifying glass button but also by pressing the conveniently located FN2 button.

There is another useful feature: focus peaking. Subjects in focus are highlighted with colored outlines. At the same time, even without magnification, you can see what is really sharp. For example, in the case of portraits, it is convenient to “catch” the colored outlines in front of the model’s eyes.

Conveniently, in Nikon cameras, you can set the color and intensity of the outlines. The lower the intensity, the less detail will be highlighted by them in the photo. This will give a more accurate aiming, however, in some scenes, minor contours may be completely invisible. In this case, you can choose a more intense backlight.

For example, when photographing a person, it is convenient to use red or blue contours to contrast with the skin color of the model. But in the case of shooting bright red objects, it is worth switching to, say, yellow outlines.

The world of manual focus lenses (or, as photographers say, manual lenses) is huge! Every photographer can find that unique lens that will enrich and diversify his creativity. Nikon Z cameras are perfect for experimenting with such optics!