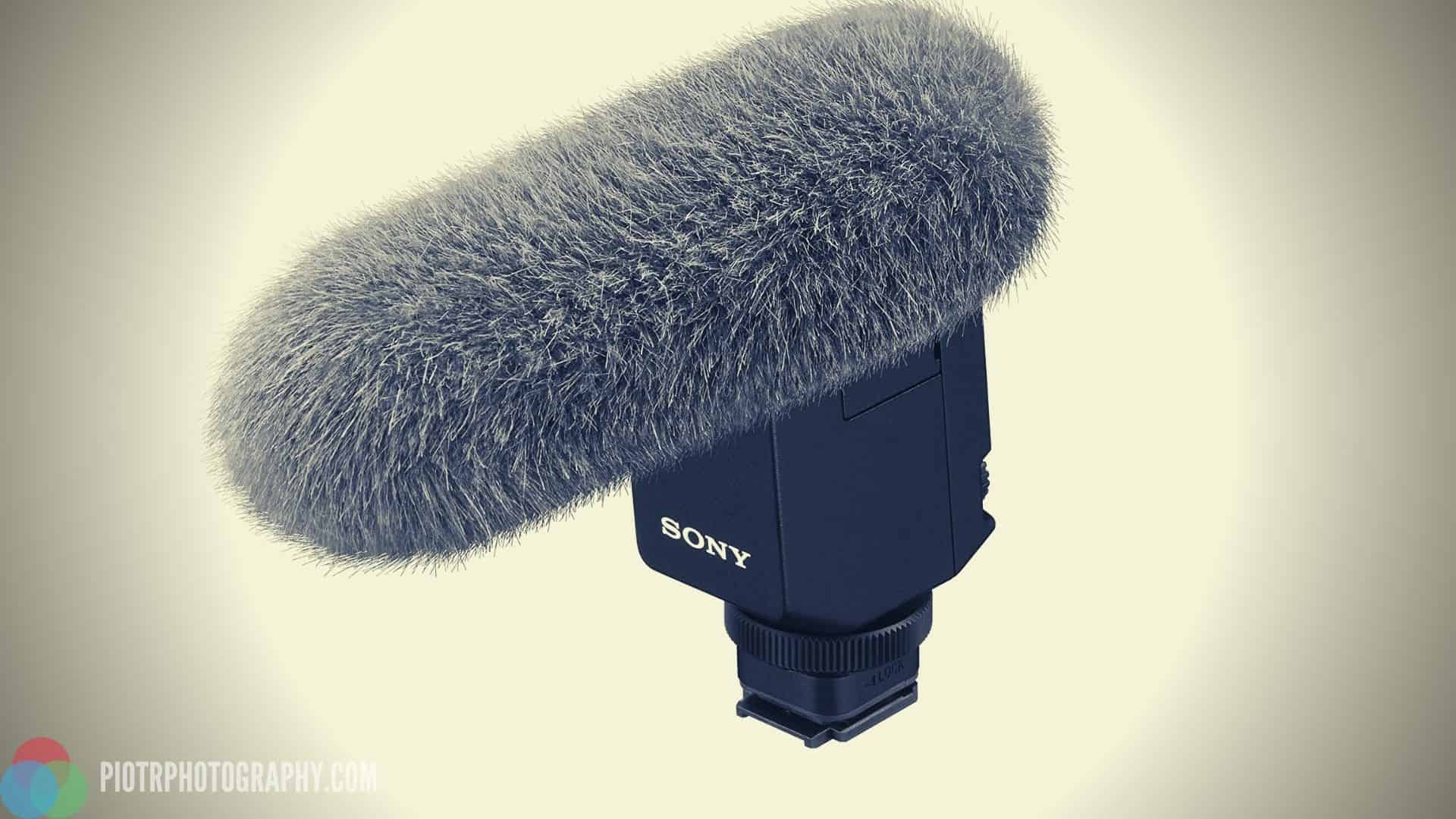 Check out on Amazon

Sony ECM-B1M: Say No to Noise

It would seem that on-camera microphones are more than a dozen years old, and external recorders have long taken root in serious video production. But both solutions have their drawbacks. Due to the external cable, the on-camera microphone can collect noise and interference. Even if the shielding of the cable is perfect, with active use, crackles and clicks can still get on the soundtrack. This is due to possible internal damage to the cable and imperfect connectors. The situation is aggravated by a separate battery, which, although rare, is found in such models.

External recorders often used in professional production are insured against this problem. They do not have external wires, and the analog-to-digital converter is as close to the microphone as possible, which eliminates possible interference and noise. There is only one problem: during editing, the sound will have to be synchronized with the video. And this is not always fast and convenient.

In the case of the ECM-B1M microphone, the developers have collected all the best from previously tested solutions. As with external recorders, it has a built-in analog-to-digital converter and its own signal processor. The entire analog path, which theoretically could catch pickups, is inside the case, and a digital signal is transmitted to the camera, which is protected from noise.

For the sake of fairness, it should be noted that this microphone can also transmit an analog signal to the camera, since not all Sony camera models have a digital interface. But in this case, the manufacturer did without a wire. The microphone fits into the Multi Interface Shoe. Power is also supplied through this connector from the camera, there is no battery in the microphone.

At the time of this writing, the Sony ECM-B1M is digitally compatible with the following camera models:

Almost all other brand’s mirrorless cameras with Multi Interface Shoe will work with the Sony ECM-B1M in analog mode. It is worth noting that the popular A6000 model is not compatible with this microphone. But the declared compatibility with compacts RX10, RX10 II, RX10 III, RX10 IV, SLT-A99, and SLT-A99M2 SLR cameras, as well as with a number of video cameras.

It is extremely difficult to notice the difference in sound quality in everyday conditions when recording with a digital or analog interface. Perhaps it will manifest itself in the presence of strong interference. In urban shooting conditions, both modes gave clear and high-quality sound.

Directionality is not Just Sound

Wireless connectivity and built-in ADC are the legacy of recorders. What did the ECM-B1M borrow from conventional on-camera microphones? The answer is simple: the directional diagram!

Previously, for different scenes, the operator installed different microphones on the camera: from omnidirectional to narrowly directed “guns”. The uniqueness of the ECM-B1M design is that the microphone has eight capsules at once, which provide three directivity options to choose from:

A simple switch on the back of the microphone is responsible for selecting the mode.

It is important to note that for a super directional microphone, the Sony ECM-B1M has a very modest size, less than 10 cm in length! This solution can really be called a pocket solution. Classic directional “guns” can reach 20-25 cm. The microphone looks harmoniously on compact mirrorless cameras such as Sony A7C.

With a built-in digital signal processor, the Sony ECM-B1M microphone can perform noise-canceling while recording. For this, the NC (Noise Canceling) setting is provided. Since all eight microphone capsules are used in real time to evaluate the sound field, this noise reduction can be more effective than post-production processing. We recorded a video example to show the effectiveness of noise cancellation on a city street. The microphone handles monotonous noises with confidence, making human speech stand out.

The second noise reduction setting is the classic LC low pass filter. Here it is set to cut off frequencies below 300 Hz. There are three attenuator settings for the output signal: 0, 10, and 20 dB.

The ECM-B1M can set the recording level automatically, but for professional production, there is also a manual setting using a separate smooth, step-less disc.

The microphone is supplied with a “fur” windproof cap that effectively fights against wind noise. We’ve shot an example with and without a cap so you can appreciate the difference. The windscreen makes it possible to shoot outdoors without significant restrictions.

Sony ECM-B1M is a sophisticated and high-tech microphone for Sony’s system cameras. With a very modest size (less than 10 cm in length), it combines the capabilities of several devices at once, since it can work with different directional patterns. The operator can select from omnidirectional, unidirectional (cardioid), and narrowly directional modes of operation.

It is convenient to control the microphone using the switches located on the body. The connection to the camera is via a shoe, that is, without wires. And with the most modern cameras, the microphone can work using a digital protocol, providing maximum protection against noise and interference.

Check out on Amazon